By no means can all the fractures that appear to garner headlines in the transatlantic relationship be situated neatly across issues areas or even across current divergent approaches to multilateralism and the global liberal order. Some of the issues are symbolic, others are more pressing in terms of the geopolitical implications of transatlantic rupture given the enormous political, economic, and social turmoil that will continue to confront decision makers. Current discussions focus on maintaining an Alliance on trade and security in the face of disruptions and threats to the liberal order. What is missing in broader discussions is an assessment of types of specific European strategies and options rather than speeches praising the substance and decrying the rhetoric of US policies. To what extent is Europe providing leadership in shaping global governance or working with other democratic powers to promote initiatives that supposedly underpin the liberal international order? To what extent will the EU engage with those that wish to reform the liberal order? What are the prospects of global (dis)order of the transatlantic relationship unravels further? What is the impact on the US of challenges to the liberal order?

Professor Michelle Egan focuses on comparative politics and political economy. She works on Europe and the United States, with a focus on issues of federalism, trade, governance and law. She is currently on a CFR Fellowship in Canada. She is past Chair and Vice Chair of EUSA, the EU Studies Association, and is editor of series on EU with Palgrave. She is a Global scholar at Wilson Center, and has been recipient of Wilson Fellowship. She has published two books with Oxford, and is currently working on another book on trade and comparative federalism. She has appeared on CNN International NPR Marketplace, NPR the World, A Jazeera, Sirius Radio, Knowledge@Wharton, as well as quoted in various news media, notably on Brexit, Trade Policy, and EU affairs.

Dr. Garret J. Martin is a Term faculty in the School of International Service. He has written widely on transatlantic relations, both in the field of history and contemporary affairs, and focuses in particular on security, US foreign policy, NATO, European foreign policy and defense, Europe, the European Union, France and the UK. He is a frequent media commentator, providing analysis and interviews, among others, to NPR, the BBC, CNN, Voice of America, USA Today, WUSA, ABC News Australia and France 24.

Participation is free and the webinar can be joined from anywhere in the world.

Other Events in Foreign Affairs

Dealing with China on high-tech issues

How the EU Can Deal With Disorder at Its Doorstep 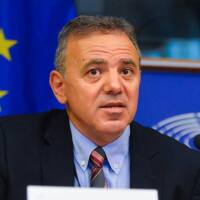 Costas Mavrides
Chair of the Political Commitee of the Meditteranean 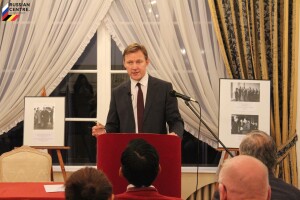 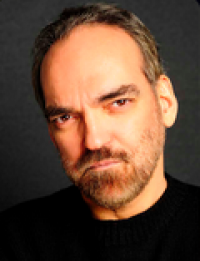 New blog post by HR/VP @JosepBorrellF: "@POTUS Biden’s presidency begins - a fresh start for the US but also for tr… https://t.co/hKIPqL2ioP

As the #BidenAdministration begins to discuss #Russia strategy with its European allies, this mutual weakening will… https://t.co/mVoh1Aj2Ir

Only 4 days until @CASsummit2021! To protect lives & livelihoods against effects of #climatechange we must act now.… https://t.co/y8wk85AM1T